Residential complex "Tavla" is an architectural ensemble created for a comfortable life, near the stadium "Mordovia Arena". This is the “city in the city”, the new center of Saransk, the heart of the social, sport and cultural life of the capital of Mordovia. The complex consists of four 14-storeyed and four 16-storeyed single-section houses faced with environmentally friendly and safe LATONIT fibre cement panels.

The architectural concept of Tavla was developed by the Moscow Architectural Workshop under the guidance of the Honored Architect of the Russian Federation.

It is based on the popular urban trend, which acquired individual features in Saransk due to the use of the solar sign - the symbol of the republic - in the design of the complex. Such features of national identity are successfully combined with modern style. LATONIT fibre cement stuff-dyed boards with additional coating were used in the process of facing the structure of the hinged ventilated facade.

The residential complex "Tavla" can be seen from afar: residential buildings blend seamlessly into the urban environment with their bright facades and unique forms of their loggias with panoramic windows. 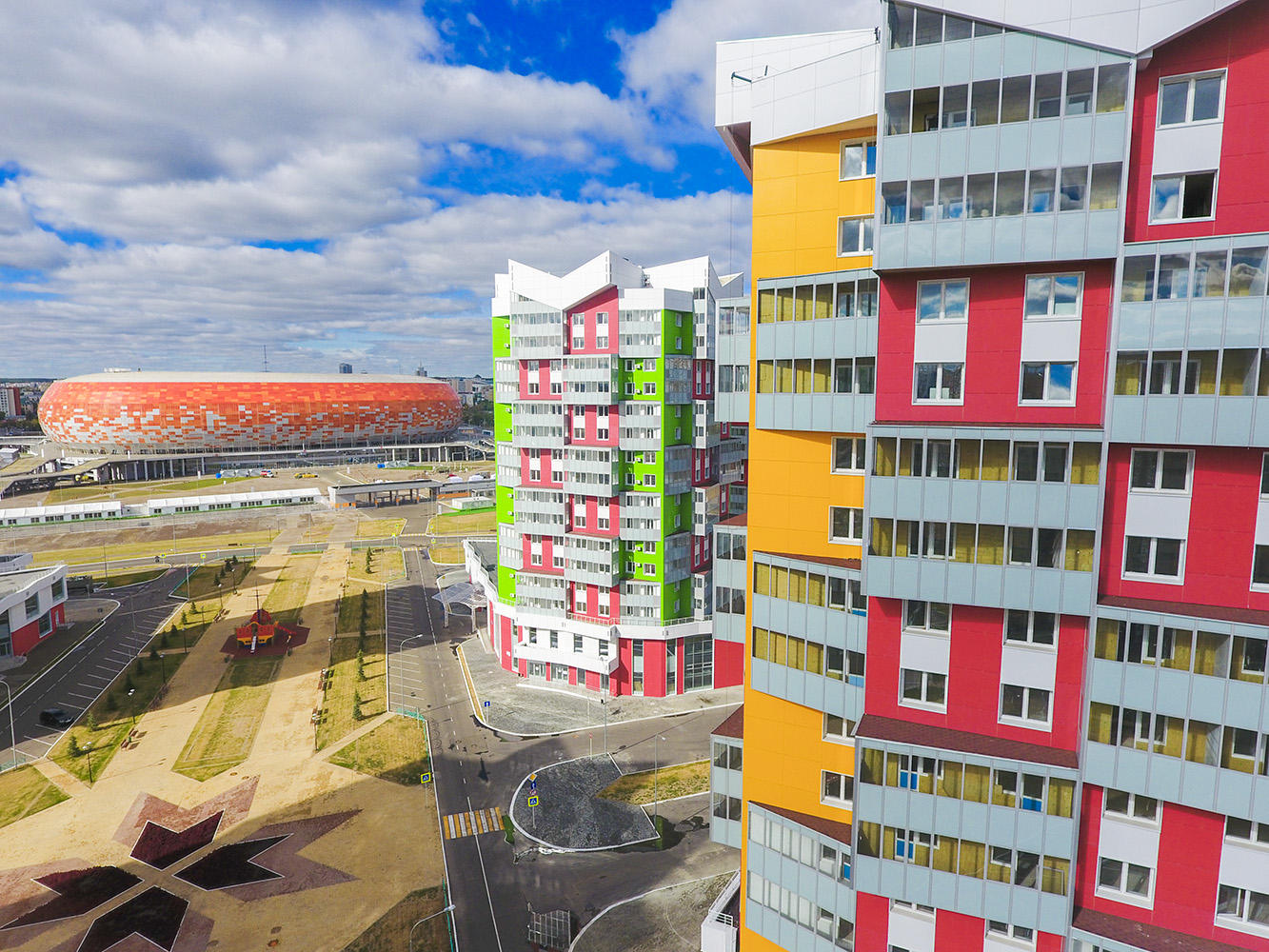 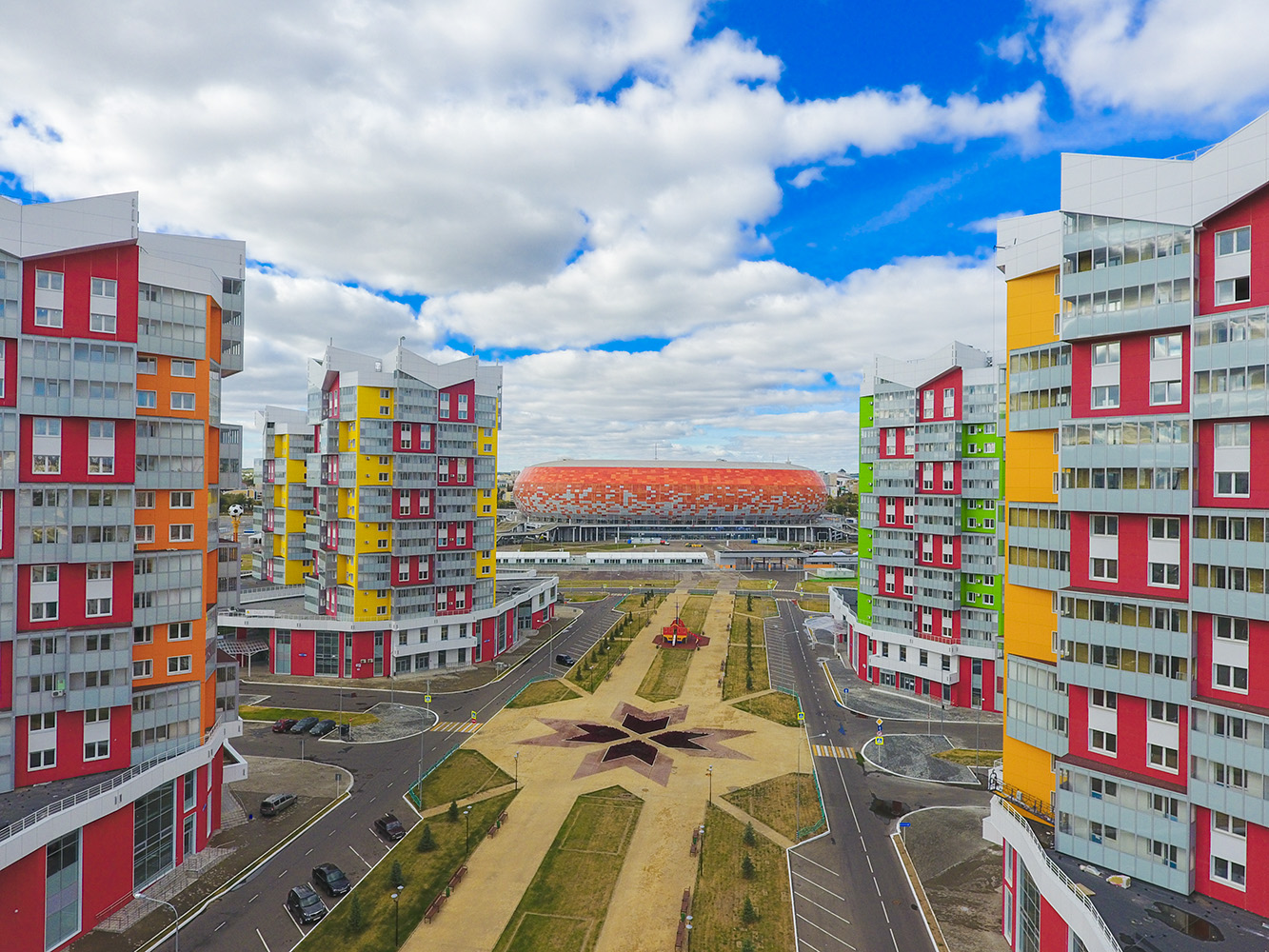 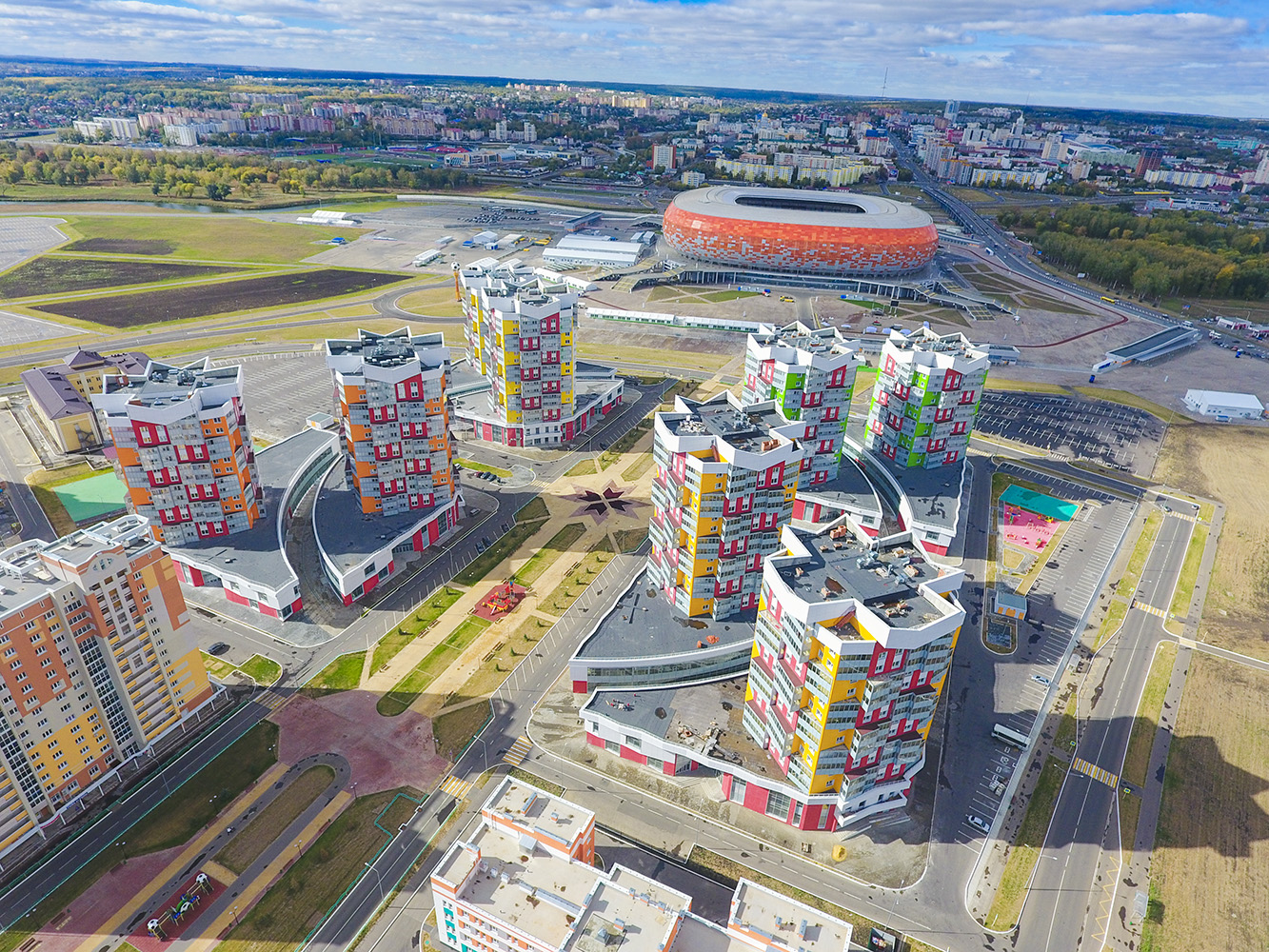 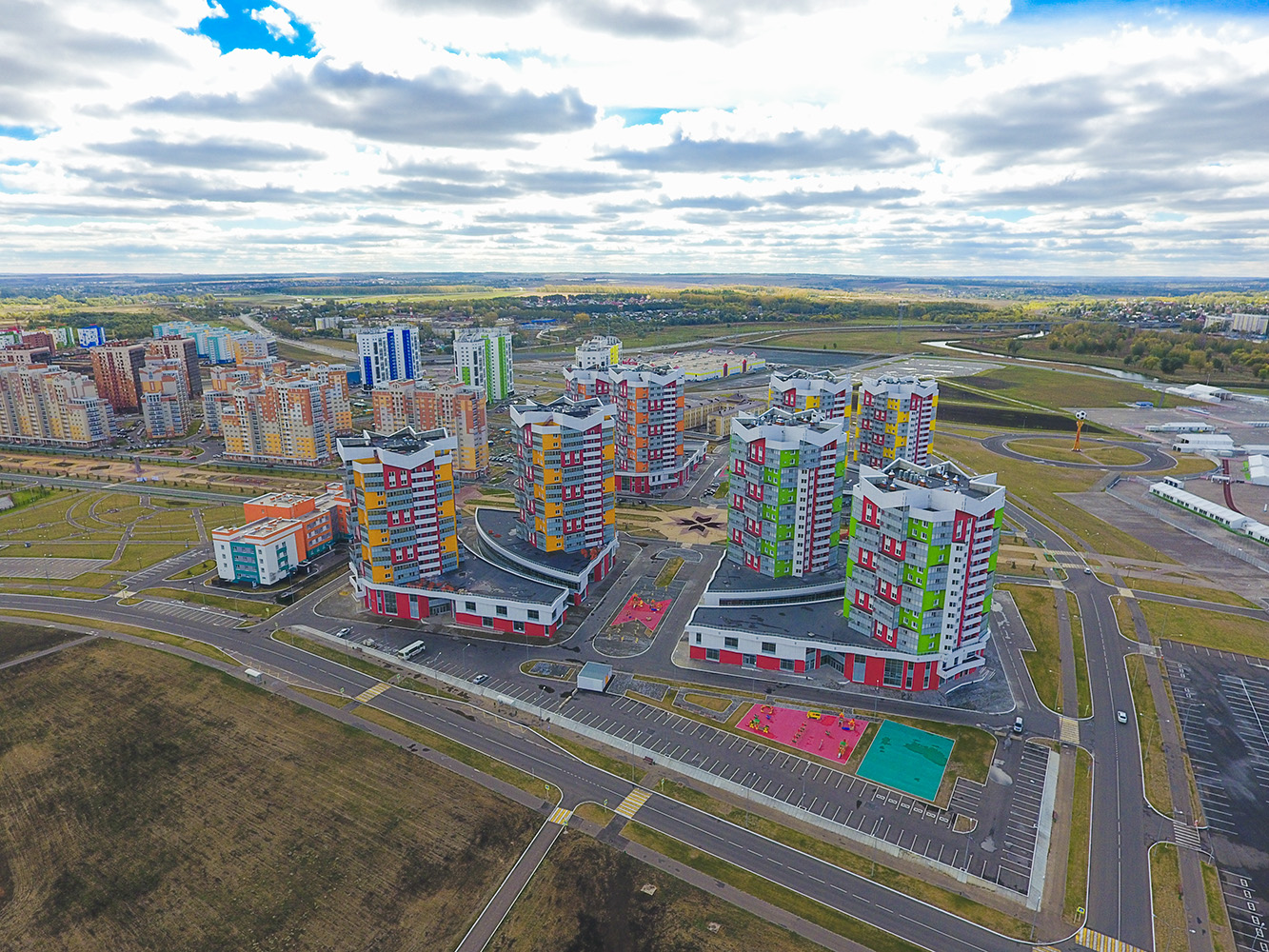